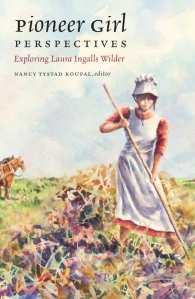 Forgot to mention in my post yesterday on the sesquicentenary of Laura Ingalls Wilder’s birth a fascinating blog post by Nancy Tystad Koupal, published two days ago on the website for the Pioneer Girl Project and entitled “Some Things I Learned While Editing Pioneer Girl Perspectives.” Of the things Koupal mentions, the one I’m most curious about is the fact that “Rose Wilder Lane had an FBI file.”

What kind of information was in that file? Perhaps we’ll find out when Koupal’s collection of essays, Pioneer Girl Perspectives, is published this spring by South Dakota Historical Society Press.

One thought on “Some Things Nancy Tystad Koupal Learned”

Other Biographies and Memoirs