In 2004, while I was working on a Ph.D. in English at McMaster University in Ontario, I launched the Little House Archive as a subset of my personal website (along with a site devoted to another interest of mine, the Hardy Boys and Nancy Drew). Although there were (and are still) many excellent Little House resources on the web, particularly from Laura Ingalls Wilder’s publisher and from associations dedicated to promoting her legacy through tourist sites and online communities, I found that most of these sites tended to be less interested in academic scholarship or were more focused on one aspect of her cultural footprint: her life, her work, or the popular television series. Given that my interest in Ingalls Wilder Lane Studies has embraced multiple (and even competing) versions of Wilder’s life in the form of adaptations and extensions as well as the books Wilder wrote, I continued to see the value of my website as a resource. Unfortunately, I lost the bulk of this site during a migration to a new website hosting provider earlier this year. But my teaching and research interests continue to include Wilder—I taught Little House on the Prairie twice in children’s literature courses this year—and this seemed to be the right time to relaunch the site in anticipation of some fascinating new developments that are in the works for 2017, the 150th anniversary of Wilder’s birth. 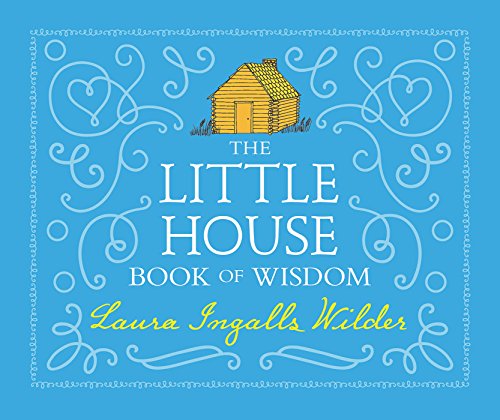 In February 2017, HarperCollins will reissue Little House in the Big Woods, Farmer Boy, and Little House on the Prairie as unjacketed hardcovers with new forewords by Laura Bush, Ree Drummond, and Patricia MacLachlan, respectively, along with a trade paperback edition of The Selected Letters of Laura Ingalls Wilder, edited by William Anderson, and a new edition of The Little House Book of Wisdom. Not only that, but this spring, HarperCollins will reissue some of its abridgments of Wilder’s books that were first published in the 1990s, starting with The Adventures of Laura & Jack and Pioneer Sisters in April. Also this spring, the team behind the annotated edition of Wilder’s initial first-person adult memoir, Pioneer Girl, will be publishing a collection of essays entitled Pioneer Girl Perspectives: Exploring Laura Ingalls Wilder.

And in July, the Laura Ingalls Wilder Legacy and Research Association will host its next Wilder conference, Little Houses, Mighty Legacy: Celebrating 150 Years of Laura Ingalls Wilder, held in Springfield, Missouri, fifty miles west of Wilder’s home in Mansfield. From the call for papers:

The deadline for proposals is coming up soon, on 6 December 2016, the anniversary of the birth of Rose Wilder Lane. This conference follows similar events organized by the Laura Ingalls Wilder Legacy and Research Association in 2010, 2012, and 2015.

These publication and conference events demonstrate the continued relevance and appeal of Wilder’s books, in terms of sales, critical conversation, and community engagement. I look forward to continuing my investigation of all things Ingalls Wilder Lane!

Other Biographies and Memoirs